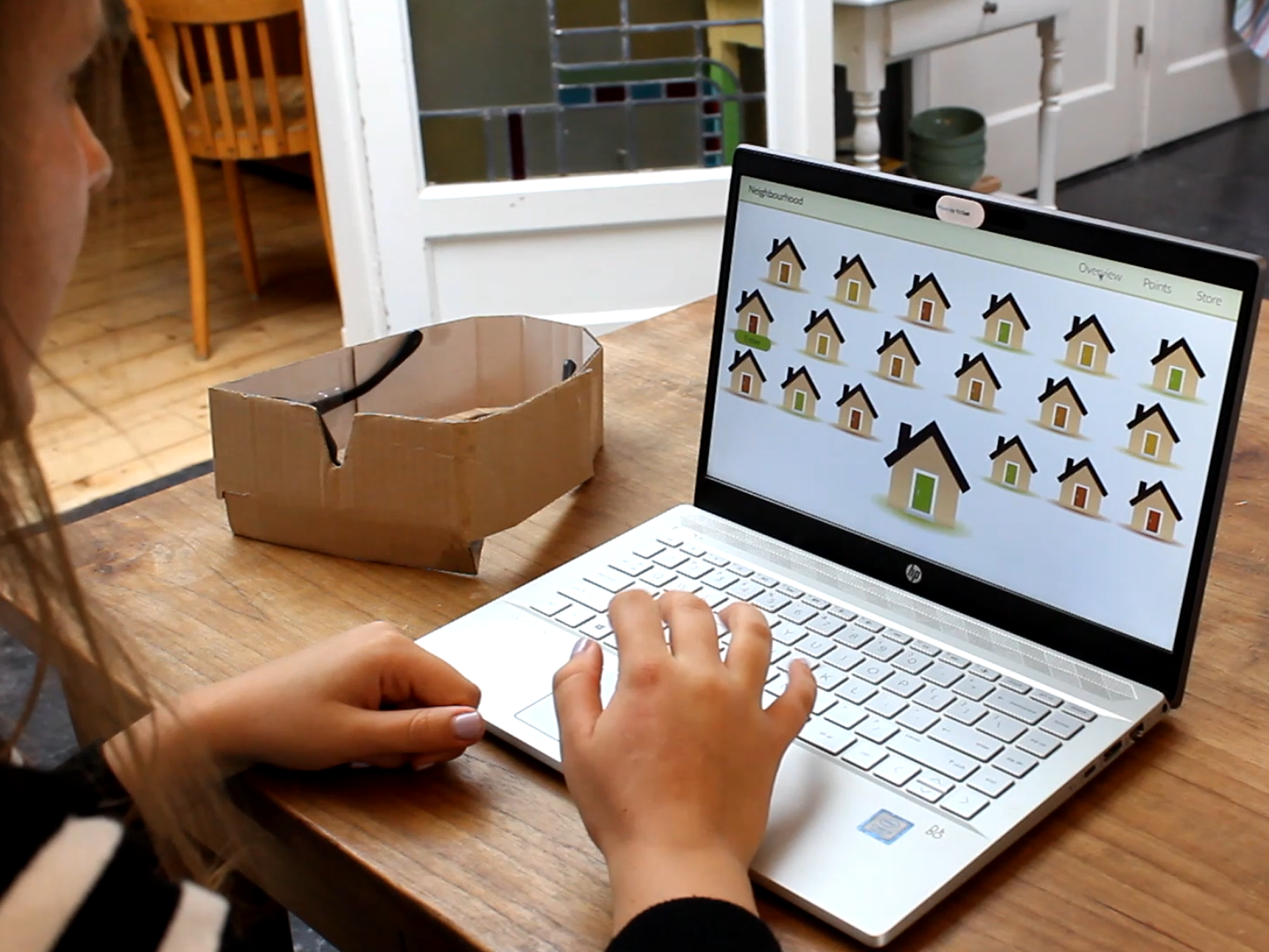 For the Rapid Prototyping course, I used different techniques to communicate possible design solutions for the research question: "How can design stimulate societal change in sustainable behavior?". We had a different task every week for seven weeks; alternately, the assignment was to be completed separately, and the following week, these prototypes were to be combined in a group assignment.
Opdrachtgever
Tilburg University
Software
ProtoPie, Figma, Adobe Illustrator / Premiere Pro
Problem statement

First, we had to come up with a research question, and then individually create a storyboard with which we clearly visualized the context of the problem definition. Thereafter, we put our storyboards together to clearly frame the problem. Then, the prototyping started. We started with several prototypes that didn't take much time to make, and through iterations we ended up with a high-fidelity prototype in the form of a video.

For the group assignments, I was the unspoken team leader; taking the lead in filming, editing and the digital prototype. The individual assignments were executed individually.

Thereafter, we had to merge these individual storyboards into one. We decided to make a video, in order for all members to contribute. I wrote the script and did the filming and editing.

A big takeaway for me is to show, not tell. I challenged myself to work with different materials when prototyping, in early iterations I did wireframing and paper prototyping. Overall, I enjoyed gaining practical knowledge and developing hard skills.